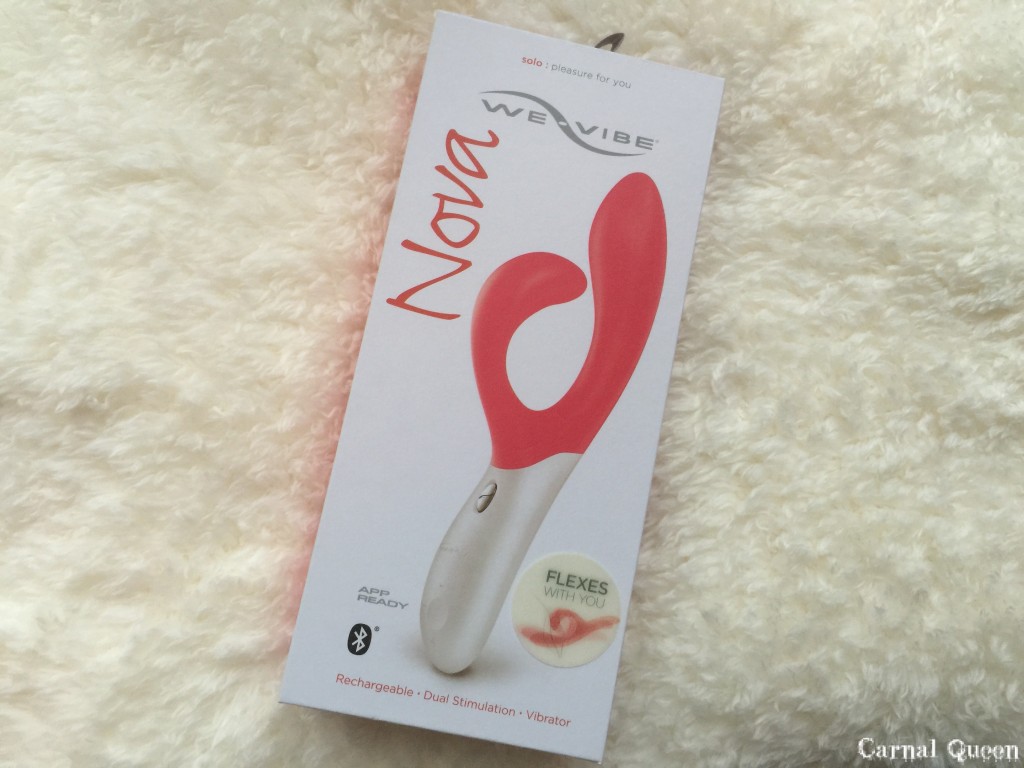 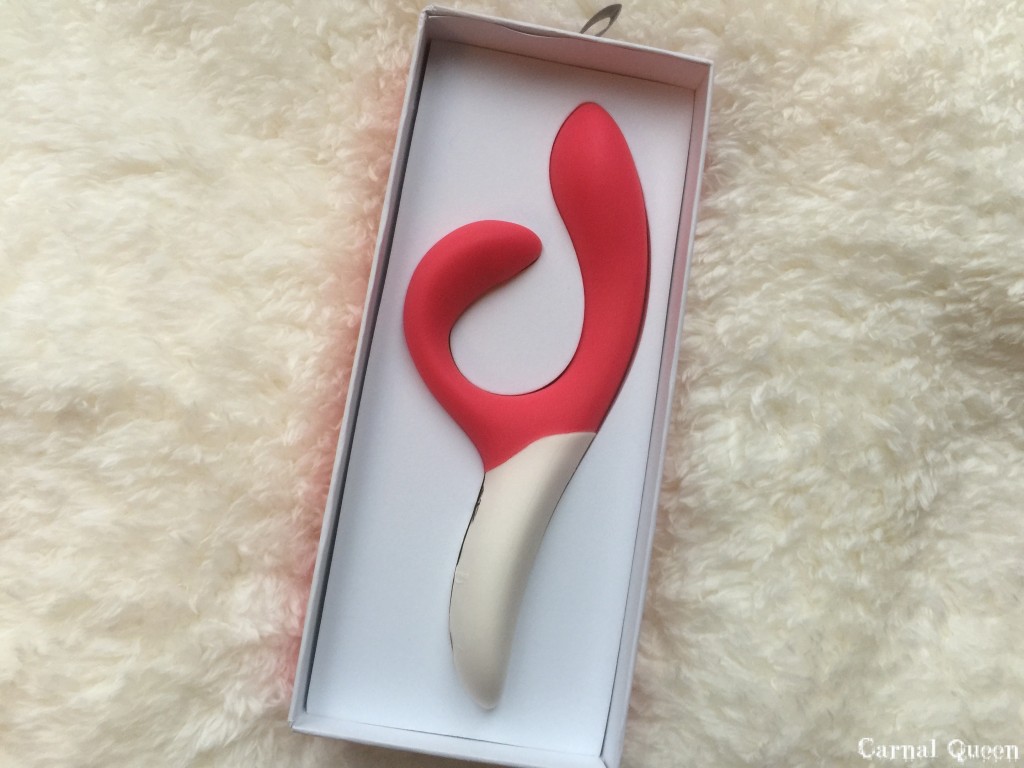 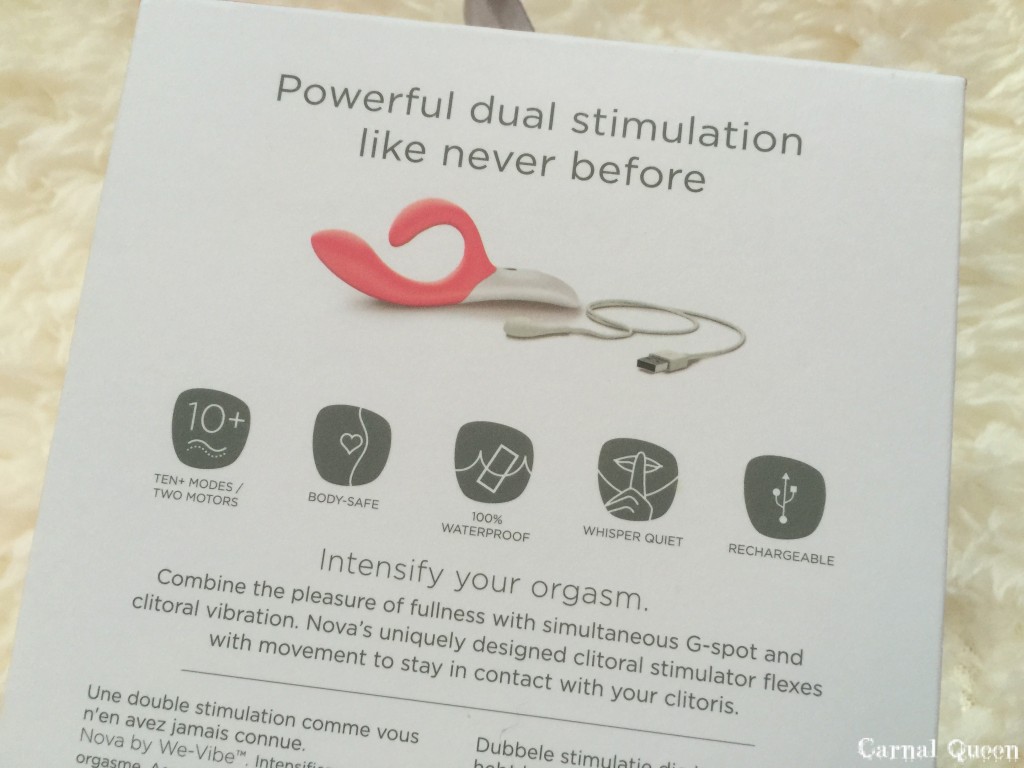 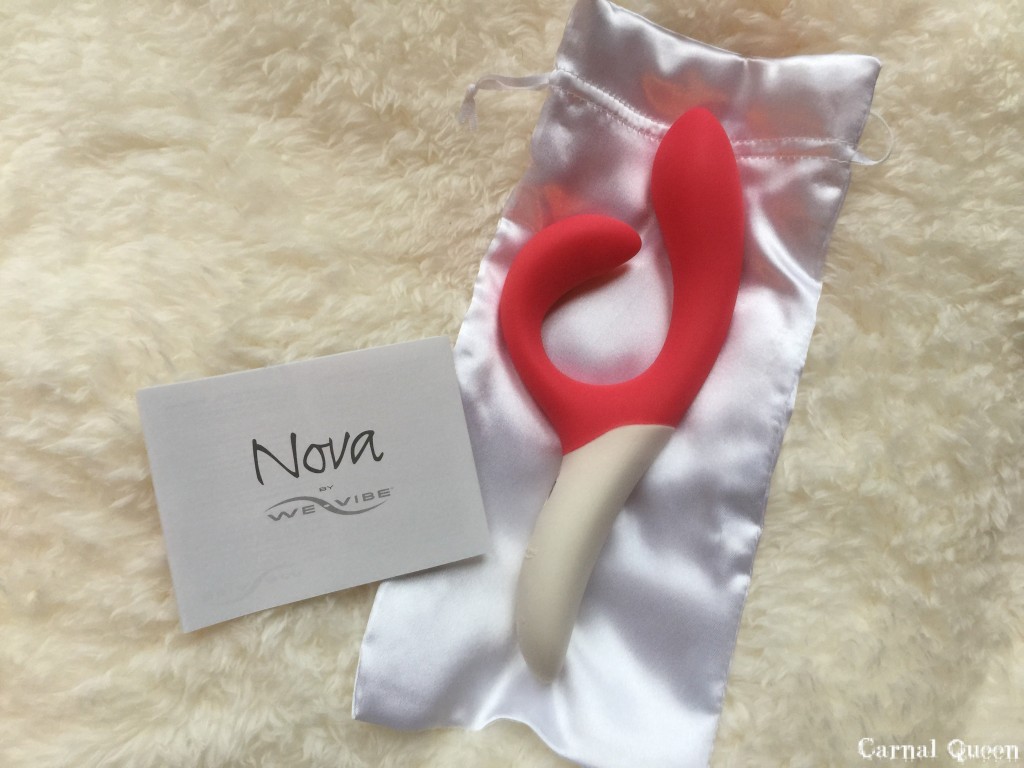 Quick bit of housekeeping … The Nova offers you two powerful motors, with the ability to try multiple combinations of motors off/on, and of course in varying strengths of vibrations – there are 10 pre-set vibration modes. It’s fully waterproof, has a low power indicator light, is made from 100% body safe silicone and is latex, BPA and phthalates free. It has a magnetic charging port, and comes with a USB cable and satin storage bag. It works with the We-Connect app, to allow you to customise your experience further and share that experience and control with a partner. It’s pretty quiet too, so if you need discreet, the Nova ticks that box for you.

Let’s start with a negative – I don’t like the buttons. They’re very reminiscent of the Lelo Ina Wave, but I find them a lot harder to press. Maybe it’s because I have nails that get in the way a bit, I’m not sure, but there have been occasions where I wondered if I was ever going to manage to turn the Nova off. I’ve considered just lying there in post-orgasmic bliss, and letting it buzz to it’s death, but with 2 hours of play time from a full 90 minute charge, I think I’d go slightly mad! The control panel is easy to operate though, there’s nothing complicated to remember – centre button to turn on, and cycle between dual, g-spot and clit stimulation, and a long hold to turn off. The arrows switch between the different modes, and the plus and minus buttons control the intensity of the vibrations. Simple! 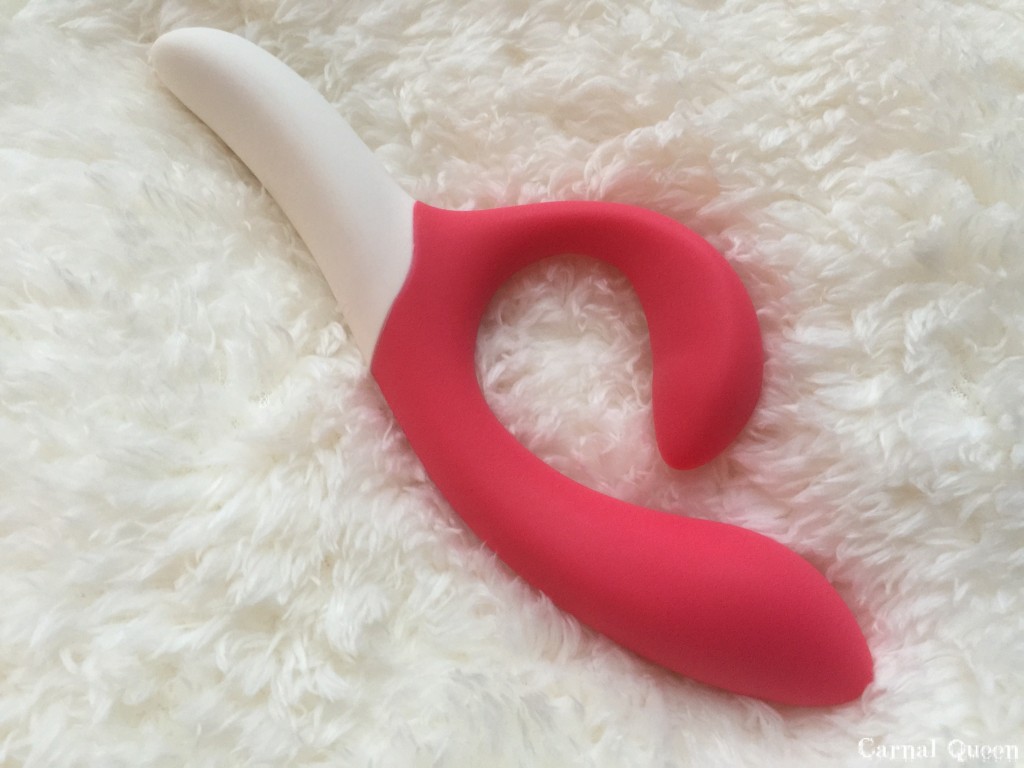 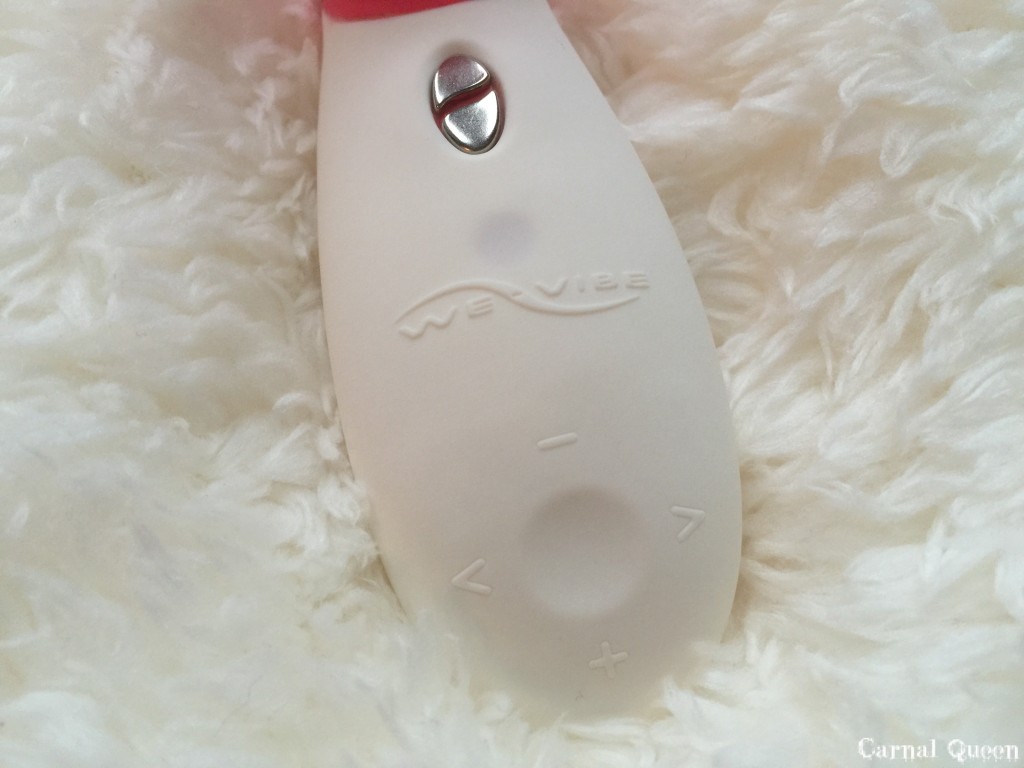 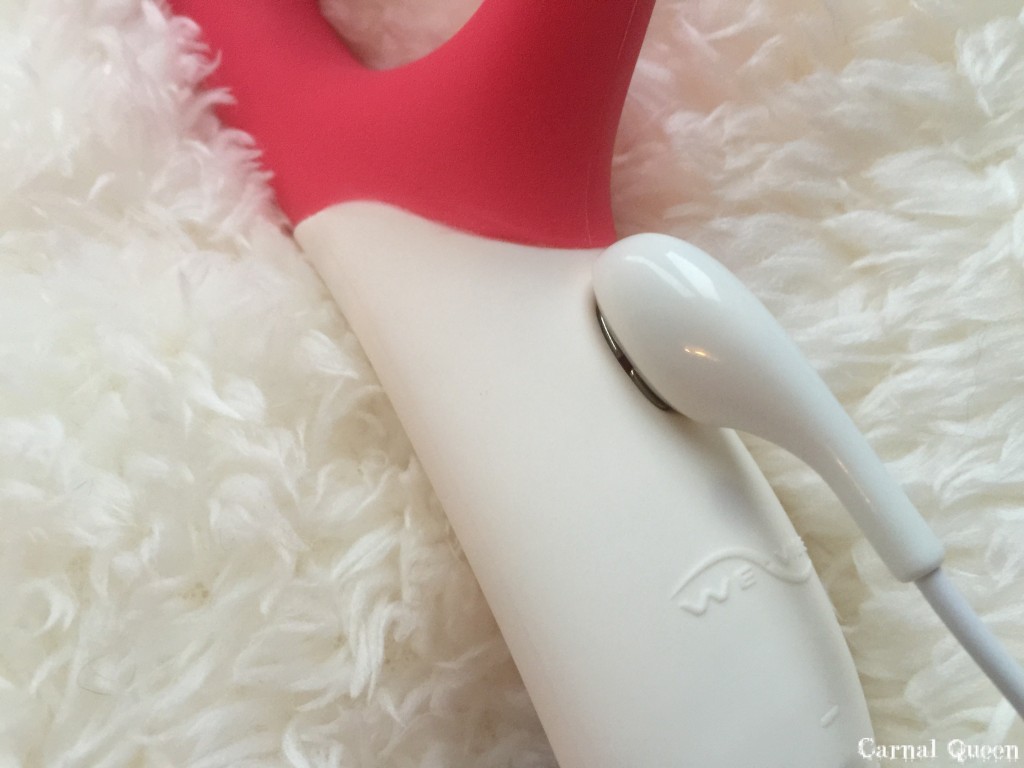 I like to use a good amount of water-based lube with the We-Vibe Nova. The silicone would be too draggy to go totally lube-less, but I like to be generous, to remove any chance of resistance. I like this vibe with maximum slip and slide. I had my reservations about the flexible clitoral arm, I was concerned that it might feel hard or unforgiving as I pushed the main shaft into me … I needn’t have worried, it actually feels pretty great. Traditionally, the underside of the ears of a rabbit, or the tip, is what stimulates you. With the Nova, it’s the upper side, which stays in contact with you throughout play. I tend to use a scooping motion with the Nova, which works really well for me and gets me to a really satisfying orgasm relatively easily. Full on thrusting in and out works well too though, I guess it’s different strokes for different folks! Surprisingly though, I can get off with this just by leaving it in place and going totally hands-free. That’s almost unheard of for me, I usually always need motion of some sort for internal vibrations. I guess that shows the clitoral contact that I get from that flexible arm. It’s direct! The combination of the vibrations on my G-Spot and clit simultaneously is totally enough for me. 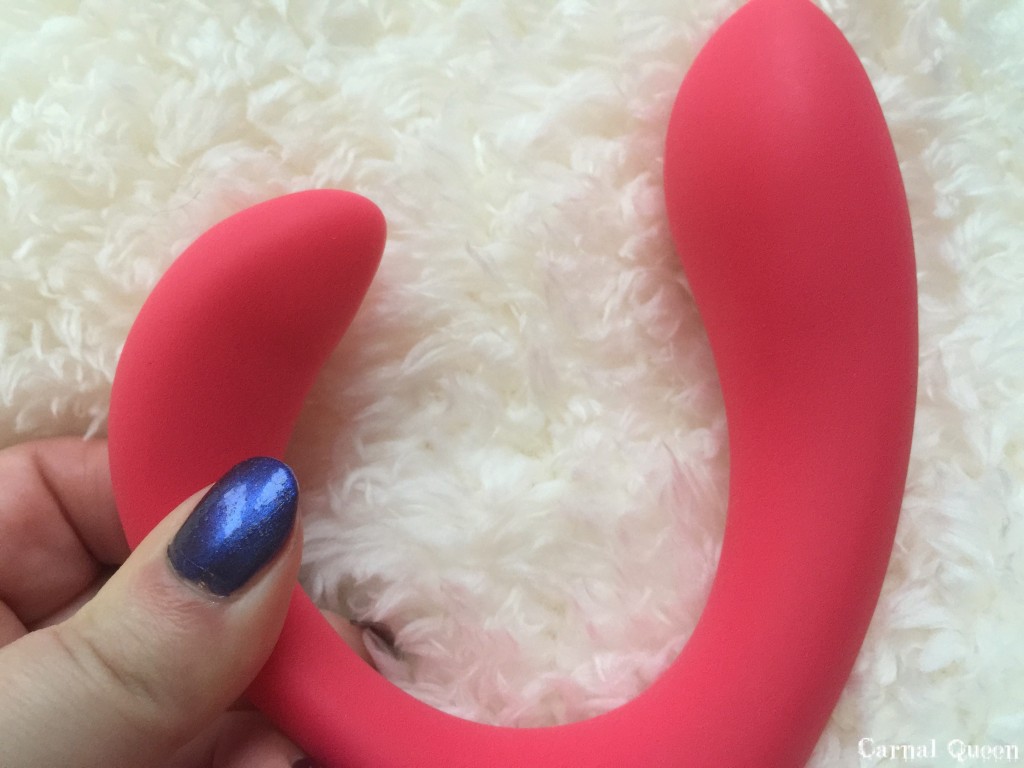 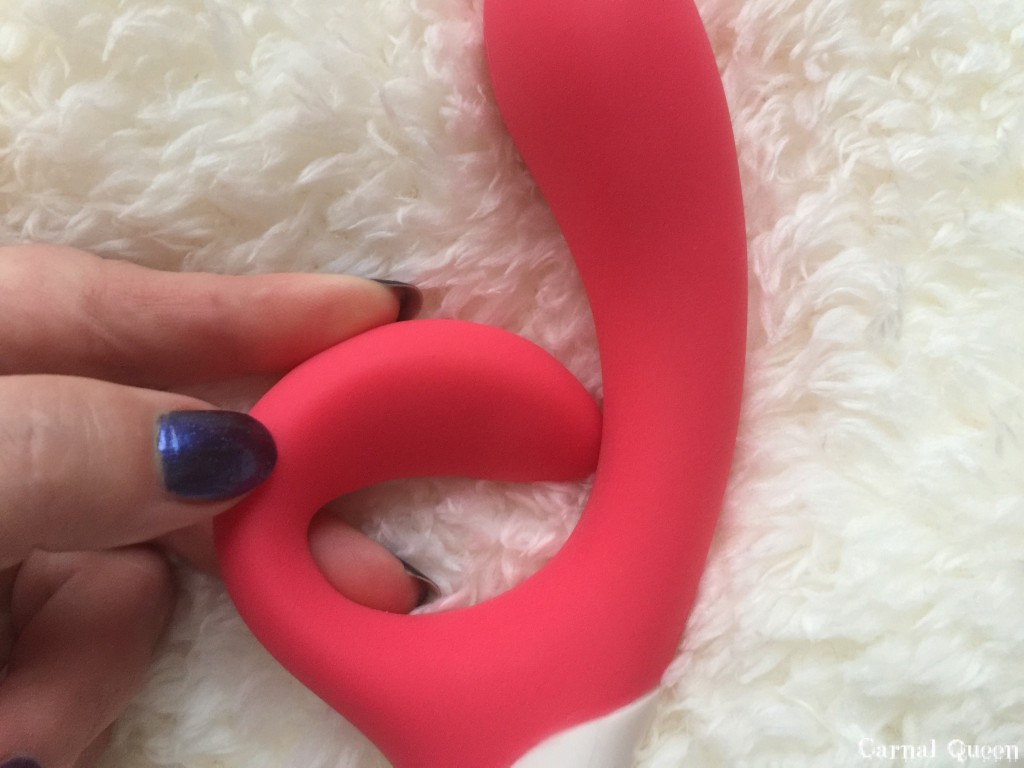 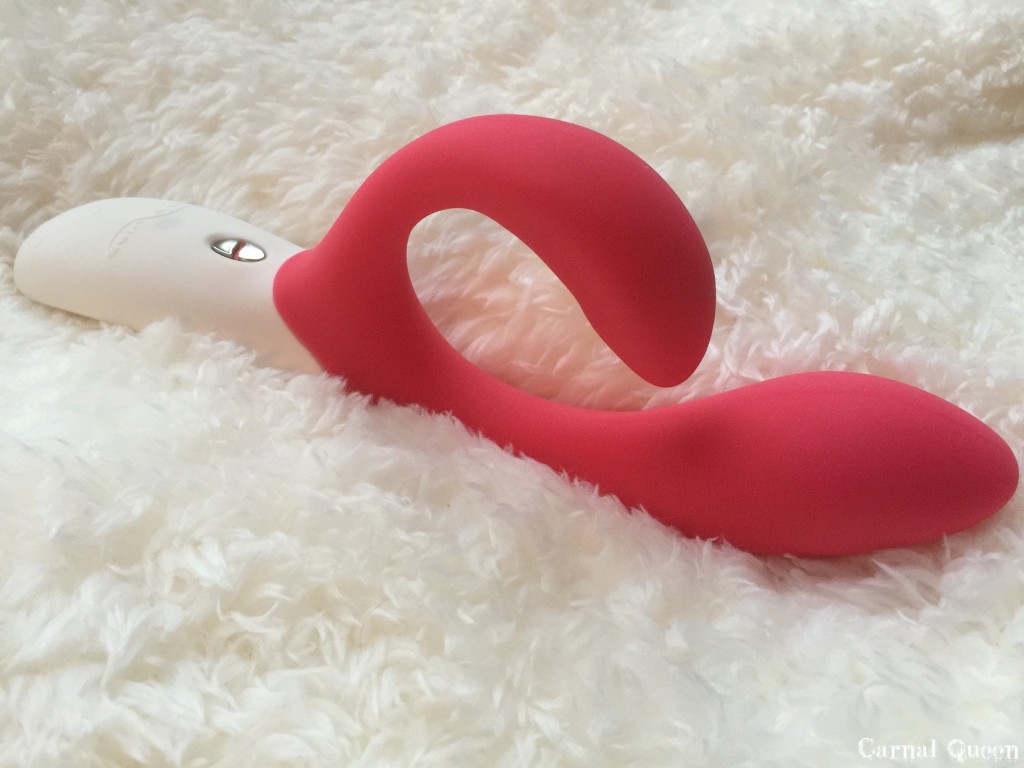 So, do the vibrations come close to the power I was hoping for from the Nova? I have to say, they do make me happy. There was some talk online, before the launch, about the motors that We-Vibe were going to use. People wanted Tango strength, and some were concerned that the power would somehow get lost in the translation of the Nova. I’ve tested this alongside both the Tango and the Touch, and although it’s hard to be certain, and my methods haven’t been overly ‘scientific’, I do think that the motors are the same, and they don’t disappoint. If I hook the clit arm onto my lip (and I mean one of the ones on my face, in case you were wondering!), and run it on the most powerful constant speed, it feels exactly the same as the We-Vibe Touch, also on the highest speed, running alongside the Nova, on the same lip. Done in the same way, the Tango feels the tiniest bit more powerful, but I think that’s just because of the hard plastic exterior. The size and curve of the main shaft seems to diffuse the vibrations slightly, so these tests make that motor seem a smidge softer, when compared to both the Tango and the Touch, BUT, when listening to the motors, they all seem to run at the same pitch, which leads me to think, that again, they’re the same.

I did wonder initially, what the advantages could possibly be of connecting a rabbit vibrator to an app. I mean, you have everything you need right there on the controls, don’t you? Well actually, the app is actually quite good to use when playing with the Nova. For a start, it allows you to create and save your own patterns and vibration strengths for each motor. So, do you fancy a mid-power, thumping sensation against your G-Spot and a full power undulating rumble against your clit? No problem, with the app, you can do that. It also means that I don’t have to fiddle around with those damn buttons during play, I can control things via the app. CK gets to have some fun too, when I allow him to connect to my app from his app, and take control. This is great for teasing, even if it’s frustrating for me sometimes, when I just want to orgasm quickly! We’re both running the latest version of the We-Connect app, on IOS 9, and have had no connectivity issues either. I just need to remember to turn my screen auto-lock off, because if it locks, the Nova stops, and you can guarantee that happens at the worst possible point … me no likey that!

For me personally, I’d prefer a little more girth in the main shaft, and perhaps a little more insertable length. That’s me trying to pick faults though, the fact is, the Nova works for me, and it works well! I also love that the flexible clit arm allows me to hook it over the towel rail after it’s been washed! It’s a little thing, but it’s great, because I can leave it there to air dry. Hat’s off to you, We-Vibe, you’ve pretty much nailed it!

So, do you think this could be the rabbit to cause an industry change? And will missed clits be a thing of rabbits past? 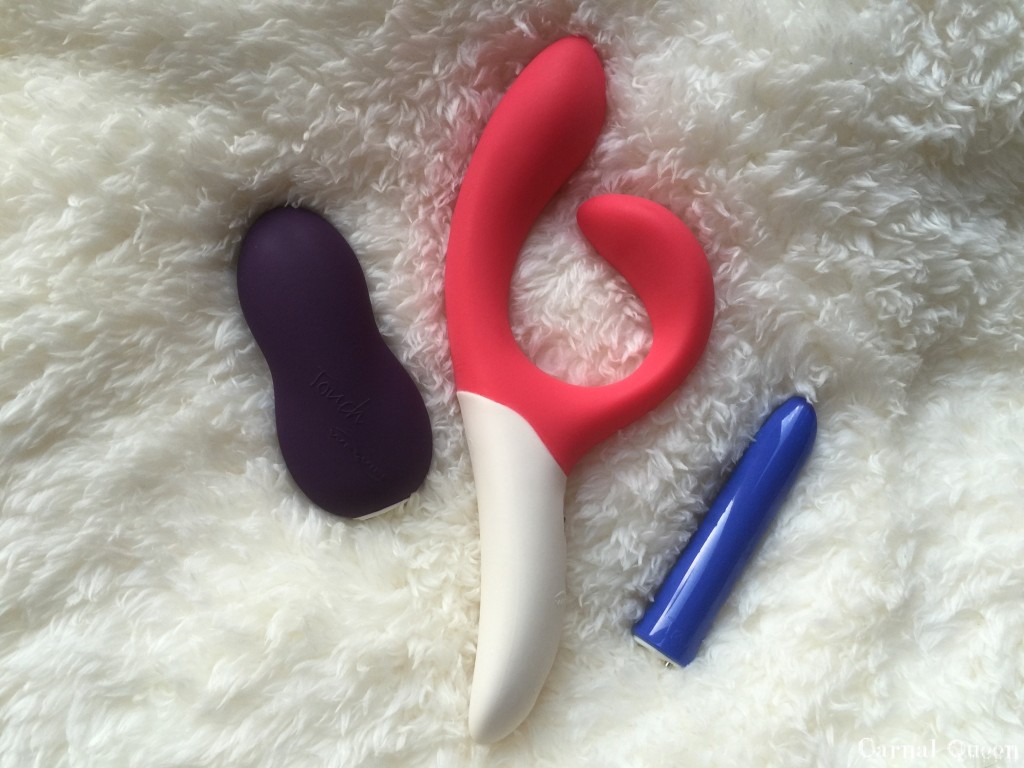 You can grab a We-Vibe Nova from Lovehoney today. Affiliate links have been used in this post.