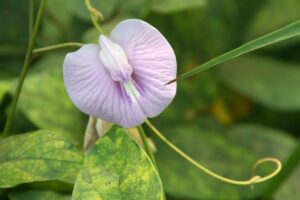 “Boring” just about sums up how I felt about the prospect of trying to finger-fuck myself, actually. I never really got any pleasure from my own fingers on my clit. CK’s? Yes, absolutely, but my own riding’ solo? I’d pass. I just didn’t see the point when it wasn’t even slightly pleasurable. I could spent a long time focusing on myself, and I’d usually end up frustrated, with sore fingers, and totally orgasmless. I always thought it odd that the same kind of movement, in the same place, could feel so different depending on who was delivering it, but it was very different, and I just stopped questioning it. That was me, that was my body, and I had plenty of other things I could use to take me to orgasmic bliss.

If you’ve read this post from a few weeks ago, you’ll understand a bit about what’s been going on in the real world for me. You’ll also know that I feel like my pleasure sensors have had a bit of a reset. Sexually, things have been feeling better, more intense, and that got me thinking about going “hands solo”. Would that be any different for me now? Only one way to find out …

I’ll be honest, I didn’t exactly feel the earth move as I slipped my fingers down between my legs. It didn’t really feel much different, if my memory served me correctly, from how it used to feel. That being said, I did think there might be a slight difference, so I went with it, and figured I’d keep going for a few minutes to give it a fair trial. Occasionally, in amongst the nothingness of my finger movements, there’d be a tiny little jolt that made me pay real attention for a second. I recognised the feeling, but never from solo finger play before. Maybe my clit didn’t hate me after all? And after only about four or five minutes, I shocked myself with an orgasm that seemed to come out of nowhere.

It wasn’t a core shaking, earth shattering, world altering kind of orgasm, but it was an orgasm, and as silly as it may seem to some, I was proud as punch that I’d done that all by my little self. I was right, things were different for me and my body, and that pleased me. I didn’t tell CK for a good few days afterwards; not because I was ashamed or embarrassed, but because I wanted to be able to process how it had made me feel. Sounds crazy, but it was a big deal for me.

I’m looking forward to reintroducing sex toys into my life, but I’m determined not to go back to how I was before. Don’t get me wrong, I loved my sex toy stash, and I felt very lucky to have some amazing devices at my fingertips for my own pleasure; but looking back, I think it came at a cost. Being able to bring myself pleasure, without any help, is kind of empowering. I feel like that’s how it should always have been, and I don’t want to suddenly lose that ability because my body gets greedy or numb to gentler stimulation. 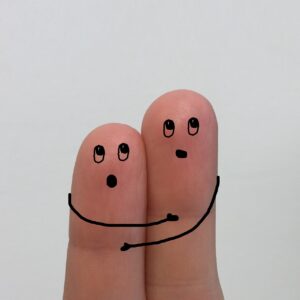 Maybe Jason Derulo had a point …

finally doing me and it feels so right”