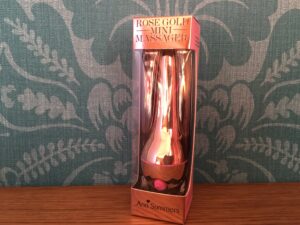 Rose Gold is definitely a fashionable colour finish at the moment, but this was the first sex toy that I’d seen in this colour, and at only £10, I just had to have it. Yes, buying a sex toy because it will look good in your vast collection is probably an odd reason to get it, but it’s the truth!
With that in mind, I’ll be honest and say that I wasn’t convinced that it was going to be any good, but what the heck, it looks pretty! 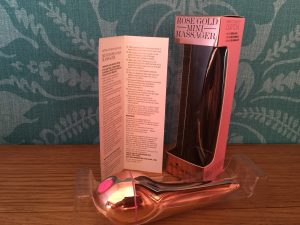 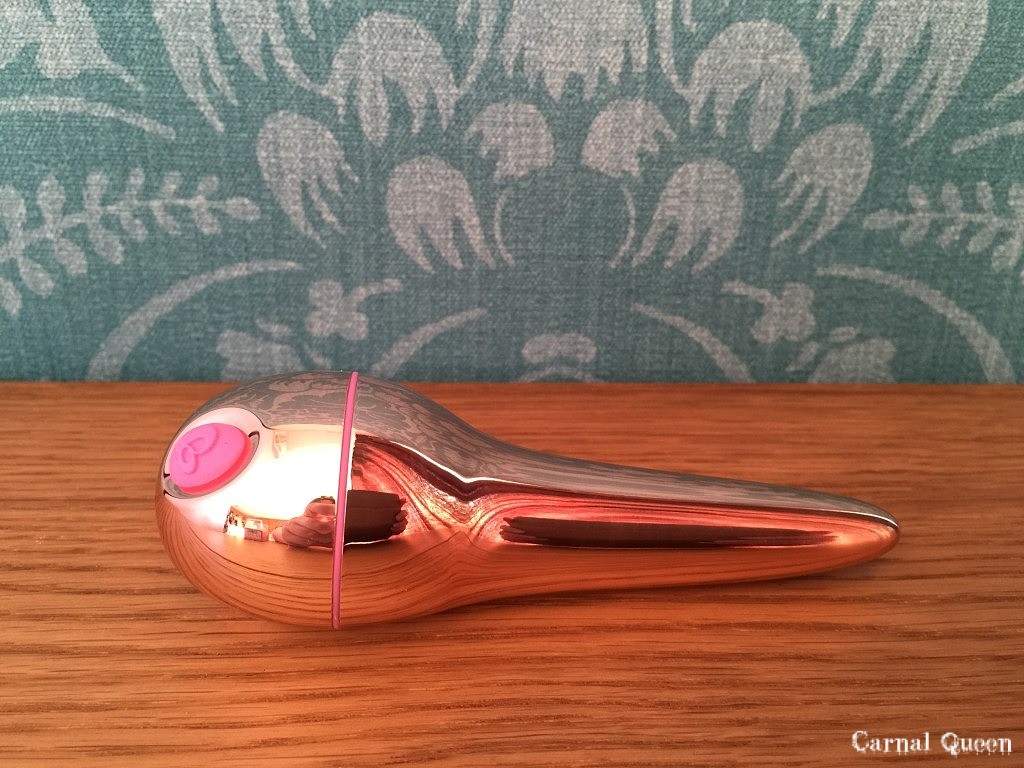 It’s waterproof too, which I was surprised to find, considering the price point. I LOVE waterproof vibes, not only does it mean you can get down and dirty whilst getting clean, it also makes them super easy to clean when you’ve finished playing. This one has 10 settings, which you cycle through with the single push button, there’s 3 constant speeds and 7 patterns. I’m a self confessed power queen, so it’s high speed all the way for me, and I’m really not generally into patterns. If you do like patterns though, you’ll find that this has the usual type typically found in clit vibes, but for me they just cause frustration – I’m obviously an impatient wanker!

For me, I would of been happy to have a couple more intense constant speed levels, but as I said before, I love power. This little Rose Gold beauty can still work me to an orgasm in less than 5 minutes, so I’m not going to moan (not like that anyway). One thing I was aware of, was that my vibrator has a little ‘spot’ in the finish, right on the tip. I’ve tried to picture it, but capturing something so tiny on a very reflective surface isn’t easy! Anyway, this ‘spot’ feels a little scratchy on my fingers, which made me cautious during my first play session – I’m pleased to say that it wasn’t sharp on my lady parts, but it’s something to check for. 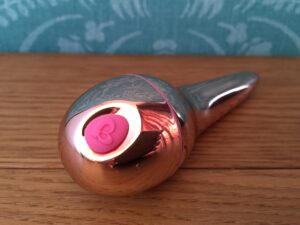 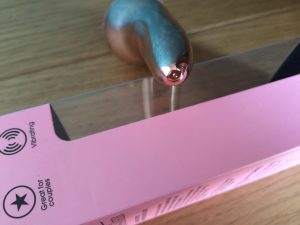 Overall, this little vibe has really exceeded my expectations! It’s definitely a great place to start if you’re new to the world of sex toys and is fab for foreplay with both sexes. Plus, it’s Rose Gold, and it looks beautiful. A tenner very well spent!