DONT MISS
Home Reviews Is the landscape of Amsterdam about to change?

Is the landscape of Amsterdam about to change? 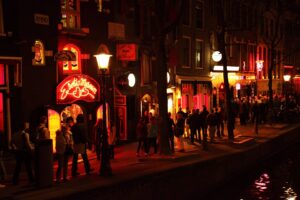 Is the landscape of Amsterdam about to change?

I don’t think anybody would argue with me when I say, Coronavirus has been an absolute shit-show over the last few months. It’s been inescapable and on all of minds for what feels like a lifetime, and although we’ve been lucky enough to not be too personally affected by it (fingers crossed it stays that way), it has still been hard going. Thankfully, restrictions are easing (for now) in many parts of the world, and CK and I, along with probably half of the population, have been thinking about when and how we might be able to go away on a little break.

One of the places I’ve always wanted to visit is the Netherlands, particularly Amsterdam. Not going to lie, I’ve been intrigued by the bustling streets of the red light district for a while – possibly because I’ve been involved in this industry for so long – and I’ve always wanted to sit outside a street café overlooking the canal drinking coffee and watching the world go by. I love just sitting and watching people go about their day, it’s totally my thing, and where better to do it than the sex capital of the world? I’m also partial to a bit of window-shopping; so talking a stroll past the famous brothel windows is high up on my list of things I’d love to do. I want to soak up the atmosphere and admire the beautiful people on display, and obviously I’m naturally curious.  It just really appeals to me.

So I was shocked and saddened to read this week that their notorious window displays may become a thing of the past – at least in the way we know them. Sex workers aren’t able to go back to work in the Netherlands until at least September 1st, so the 300+ displays known for their warm red glow are all still shuttered, but by the time they’re allowed to return it could already be too late. The owners of those windows are in financial difficulties, and the local residents and the authorities are working towards the possibility of not letting them reopen at all, at least not where they’re currently situated. Plans to move the red light district somewhere else entirely in Amsterdam – maybe even a prostitution hotel – are being considered, in an effort to calm the narrow cobbled streets that have become increasingly popular over the years, due to cheap flights and package deals.

Sex workers have thrived there for centuries, and the famous windows we associate with the city have been glowing red since the 1960’s. Sex is in the bonesof Amsterdam, and it also provides a huge boost to other local trades who benefit from the tourism it brings. Already battered by the closures from Covid-19, these changes could see other businesses collapse that depend on the footfall. It’s just so sad.

Have you ever visited Amsterdam? Did you go for the renowned sex industry, the Tulips, or something else entirely? Whatever the reason, you may have witnessed a slice of Dutch history that others may never get to see. 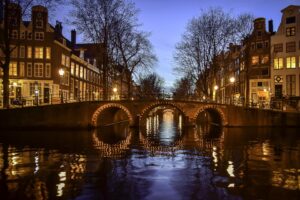 Our holiday plans are still up in the air, but Amsterdam is definitely not on the cards – I’d be too disheartened to see it all closed and still. By the time their adult industry is back up and running, who knows where it will be or how it will look? I have everything crossed that the local authorities will allow it to reopen soon; and the streets of Amsterdam get to go back to the energetic and vibrant visions we’ve all come to expect. Sadly though, even if that does happen, I fear it’s not long before change is going to come.

Life is short; make those memories whilst you can, because tomorrow they may no longer be possible!